Let’s celebrate Women’s History Month and the incredible impacts women have had on access to financial empowerment and freedom.

The visible history of investing is largely male (and white). In the stock market’s 200-year-old history, opportunities for women have been relatively few and far between. We’re honoring #WomensHistoryMonth by celebrating the often forgotten folks, featuring a weekly story of a woman who (sometimes quietly) broke investing or banking barriers and helped create a path for those who came after them.

Some of Wall Street’s oldest women’s icons in history, Abigail Adams and Victoria Woodhull, have their unique stories covered extensively, respectively on our blog. Additionally, we shared about four African American leaders in finance in our Black History Month coverage.

Her journey to earning that seat wasn’t easy. Like many other women of her time, Muriel had to prove herself constantly in an industry culture that did not believe women had the same financial skill or knowledge. The first time she applied for a NYSE seat, nine of the ten investors she asked to sponsor her application denied her. However, that blow didn’t stop her. In 1967, she founded her own eponymous firm, Muriel Siebert & Co., Inc, which did research for institutions while buying and selling financial analyses. Although Victoria Woodhull preceded her as the first woman to own a brokerage, Muriel is sometimes honored as the “first woman of finance”– which solidified when she was finally elected as an NYSE member on December 28, 1967. She was the only woman amongst 1,365 male NYSE members.

A decade later in 1977, Muriel was named Superintendent of Banks for the State of New York, overseeing all of the banks in the state, thereby regulating about $500 billion. During her tenure, not one bank failed– despite bank failures nationwide during that time.

Up until her final days in 2013, Muriel continued to to be a sought-after expert commentator on financial market trends, including by being interviewed in the 2003 documentary Risk/Reward. Her firm, now called Siebert, continues to serve thousands of people today.

Next, let’s bring our attention to the first woman president of any U.S. stock exchange– Rosemary McFadden. Rosemary began her Wall Street career as a staff attorney at the New York Mercantile Exchange, the world’s largest energy futures exchange. She was then promoted to Executive Vice President after only one year. The following year in 1984, she was elected as President and CEO by the Board of Directors.

During her tenure until 1989, NYMEX grew at an astounding rate of 70 percent per year. New crude, heating oil, propane and gasoline contracts traded on the exchange jumped from 5 million to 34 million. In fact, its crude oil contract even became the price reference point benchmark for spot and futures trading. NYMEX further expanded by opening offices in Asia and Europe. Rosemary’s scale of the career ladder and advancement of NYMEX's global position points to her incredible abilities to manage, oversee, and execute massive projects, partnerships and teams. After leaving the exchange, Rosemary remained an influential force in the expansion of global markets. She became a senior manager at the International Practice Group of Price Waterhouse, where she led developmental projects of capital markets in China, the Philippines, Pakistan, Nepal, Russia and Ukraine. She worked with representatives of the World Bank, IMF and US Agency for International Development. Additionally, Rosemary advised national governments on rules, regulations and organizational structures for the development of their capital markets.

In 1997, Rosemary became the director of Global Business Development for DLJdirect, an online brokerage firm, and built their global market strategy. She led the company’s first-ever international expansion campaign, which included the launching of online brokerages in the UK, Hong Kong, Japan and the Middle East.

Across all her roles, Rosemary has been a powerhouse leader in the global financial sector, having led influential decisions that changed the course of economic dynamics worldwide.

Our next feature is Ann Kaplan, who has worked towards financial empowerment for women throughout her career. Currently, she sits as a Partner of Circle Wealth Management and chair of Circle Financial Group, a peer-to-peer investment think tank. Additionally, she serves on the Boards of Columbia University, The Economic Club, The Museum of Art and Design, The Red Cross in Greater New York, the Board of Overseers of Columbia University Business School, the Goldman Sachs Bank and LearnVest. Ann is also a member of the Council on Foreign Relations, the C200 and the International Women's Forum.

Her devotion to advocating for women’s financial health doesn’t stop at the institutional level. Ann teaches a course on wealth management at her alma mater of the Columbia University School of Business. She is a founder of the Center for Women’s Financial Independence at Smith College and offers financial wellness classes for women.

Ann’s work has established a culture amongst her peers where women are respected as experts in their fields. On a regular basis, Ann sits down with her female partners at Circle Financial Group, and each one shares their personal insights on the various investment markets today. It is believed that their mutually collaborative relationships are the key to their success, considering their management investment portfolios have historically been less shell-shocked by market volatility than even those of bigger banks. 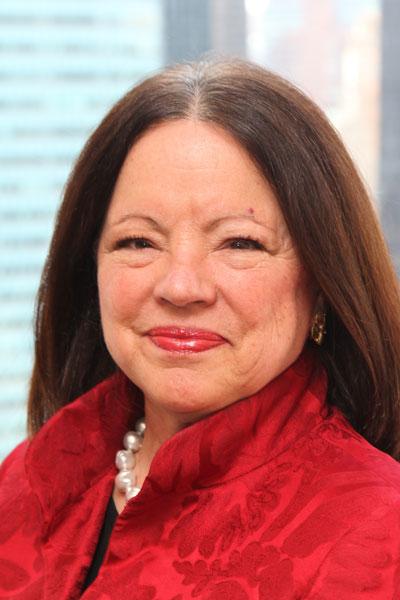 Ann developed this model while she was a partner of Goldman Sachs, promoting wealth management for women and leading the municipal bond department. Along with 11 other women who all worked in financial services, Ann formed a support group that empowered each member with the expert advice of the other group members. Each member has unique expertise in an area of Wall Street, ranging from municipal bonds, mortgage-backed securities, and asset allocation. Exchanging insights while honoring each other as women leaders has helped each member significantly in managing their own portfolios and those of their clients.

In a 2009 interview, Ann offered a key piece of advice for the rest of us:

“When we study what diminishes wealth, down markets and manager selection are not key figures. Instead, it is lack of diversification, overspending and borrowing too much. Build an effective checklist for your road to a healthy portfolio that includes planning, diversifying, monitoring investments, securing tax efficiencies and arranging for appropriate wealth transfer. All these factors have one thing in common: They are all things we can control.”

It would not be a Women’s History Month at Bumped without honoring our current Treasury Secretary, Janet Yellen. The 78th Secretary of the Treasury– and the first woman to carry the title–, Janet has been a powerhouse economist for almost fifty years across academia and public service. She is the first person in American history to have led the Federal Reserve, Treasury Department, and the White House Council of Economic Advisors. To say she is anything less than an iconic dignitary would be an understatement.

A graduate of Brown University, with a PhD from Yale, Janet has also been an assistant professor at Harvard and a Professor Emeritus at UC Berkeley. Her focal point has often been on the effectiveness of higher employee pay and improved working conditions, which her research found boosted the economy and labor productivity holistically.

Her accomplishments are quite profound. While a summarization could simply not do them justice, here are additional roles and honors she has held, to give you a full scope of the legacy she has created:

As if her background doesn’t speak for itself, Janet has truly been a powerful leader in American history. She is an empowering example for women in finance and economics everywhere– and we are proud to be celebrating her for years to come.

Own what you love™

Security questions or concerns? Reach out to security@bumped.com.

Investing in securities involves risk, including possible loss of principal: Not FDIC Insured • No Bank Guarantee • May Lose Value. Past performance is not a guarantee of future results. Nothing on this site should be construed as an offer to purchase or sell securities. Mention of any specific stock or holdings is for illustrative purposes only and not an investment recommendation.

Any market, economic and / or performance data shown is for hypothetical and illustrative purposes only. Data does not represent actual results. Participation is only for investors who understand and agree to the risks inherent in their Bumped Accounts. Only qualifying purchases made according to the terms and conditions are eligible for stock rewards. Bumped does not charge brokerage fees. Bumped reserves the right to restrict or revoke any and all offers at any time.

Brands and brand logos shown are for illustrative purposes only and do not indicate specific offers from, or guarantees to participate with, any of the merchants shown. Offers and participating brands are subject to change without notice.

Investors receive shares of ETFs as rewards. Investors should consider their investment objectives, risks, carefully before investing. This and other information are found in the fund prospectus. Please read the prospectus carefully before you choose to invest.

Rewards are accrued for investment after qualifying purchases, but may be reversed if the qualifying transaction is later reversed. Bumped does not assume the risk of market movements for returned items or disqualified transactions.

Bumped Inc., its subsidiaries, agents, and employees expressly disclaim any responsibility for and do not maintain, control, recommend, or endorse third-party sites, organizations, products, or services, and make no representation as to the completeness, suitability, or quality thereof.

A few notes on fractional shares: they’re typically not transferable between brokerage firms. If you want to transfer your Bumped account, you may have to sell your fractional shares first. Fractional shares can’t be put into certificate form or physically mailed, nor do they have voting rights.